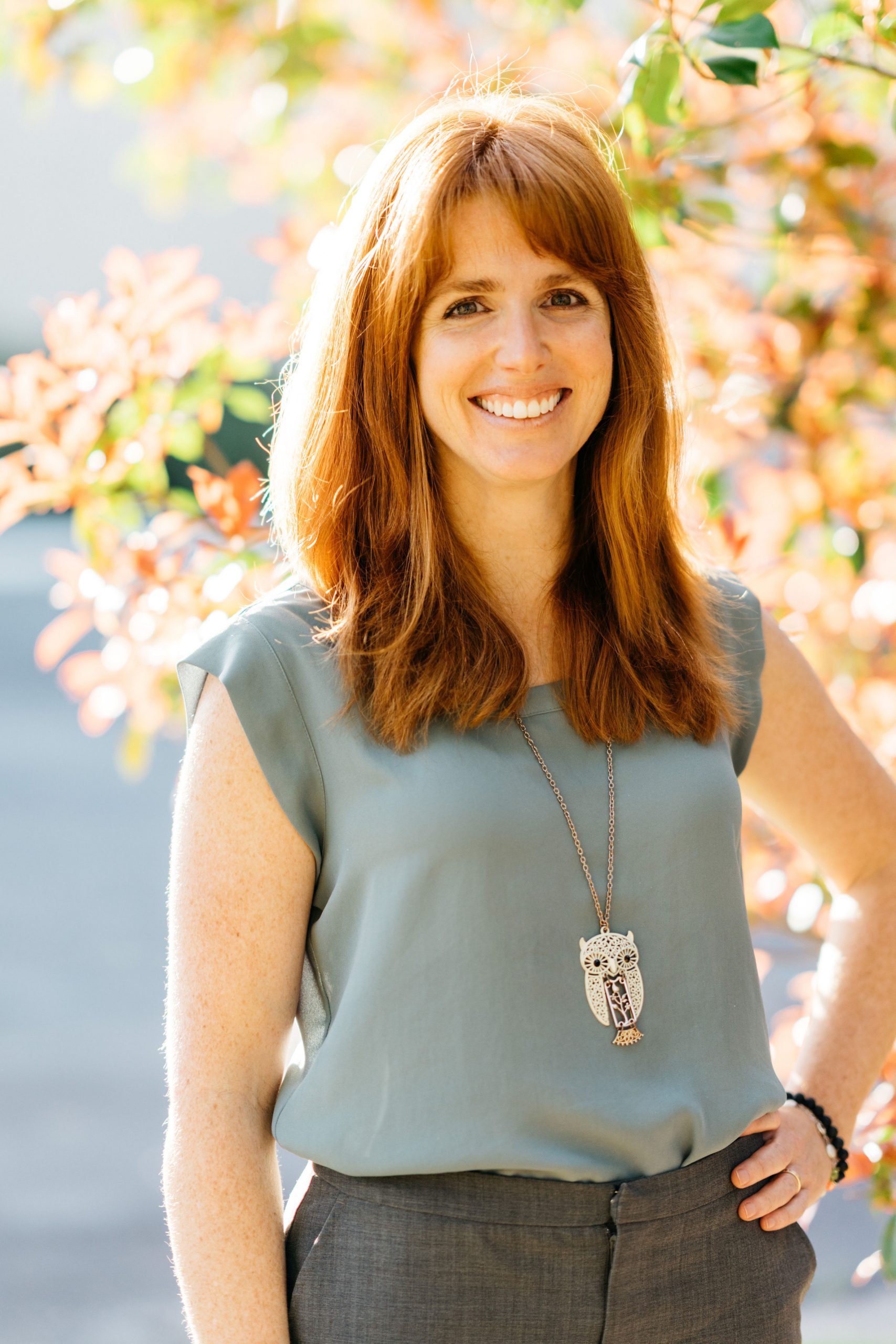 Kate Godly holds a bachelor’s in Biochemistry from Virginia Tech and became a Physician Assistant at St. John’s University in New York. She has been a PA since 2009.

She began her career in primary care, addiction medicine and infectious disease at an outpatient facility in New York. She later moved to rural North Carolina where she became an HIV specialist and served as an ID consultant for two hospitals.

In an effort to merge her interest in nutrition, what she had learned as a parent, and her own journey with insulin resistance and autoimmune disease, she then became a health coach and a lactation consultant (IBCLC) traveling the Raleigh-Durham area on home visits.

After another two years working in fast paced family medicine clinics, Kate left the traditional model to practice functional medicine and is currently pursuing her Master’s in Human Nutrition and Functional Medicine from the University of Western States. In 2017, Kate founded The Functional Medicine Center, then called Restoring Balance Family Practice. The name was changed in 2018 to better reflect the way Kate practices medicine. Her mentor is Dr. JP Saleeby of Carolina Holistic Medicine. He is an ILADS trained MD and an AARM fellow.

Kate also teaches infectious disease at Campbell PA school in Lillington and is on the mentor board of the Priority Health Academy. She is a member of the North Carolina Integrative Medical Society and the American Academy of Breastfeeding Medicine.

Kate is also a yoga and meditation instructor and in her free time enjoys traveling, taking her SUP out on the lake, and exploring her home town of Durham with her husband, also a PA, and their two young children. 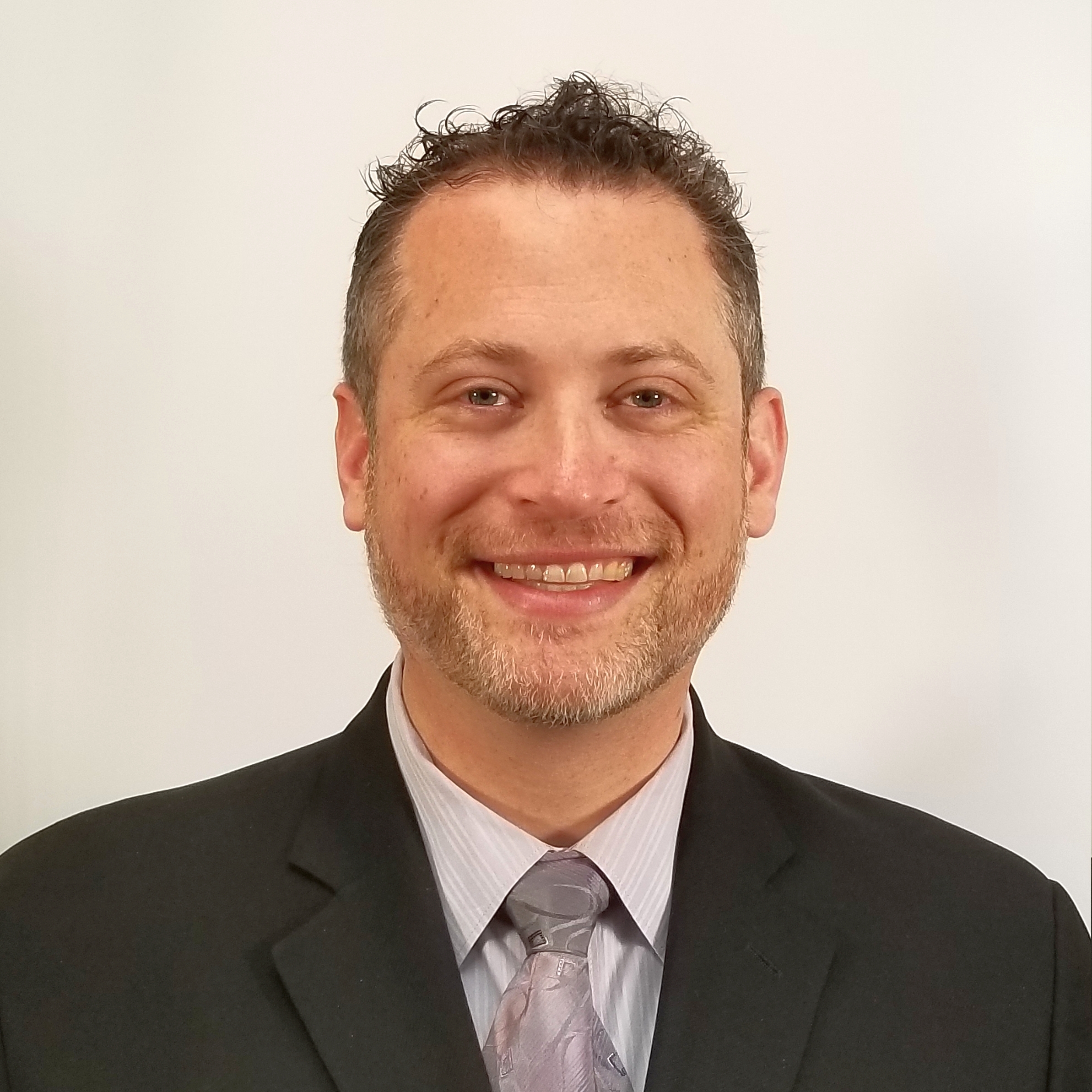 Josh earned his bachelor’s degree from The George Washington University, his master’s degree from New York Medical College, and his Physician Assistant Certificate from St. John’s University. Josh is proud to have served as President of the Neils Schmidt Student Society during his physician assistant training and was inducted into Pi Alpha, the national honor society for physician assistants.

Before becoming a physician assistant in 2008 and beginning his PA career in New Jersey in Orthopaedic Surgery, Josh was a paramedic in both New York and New Jersey for eleven years and instructed EMT, paramedic, and nursing students. Josh has worked in Orthopaedic Surgery in the Triangle since relocating in 2011 and is thrilled to bring his skill set to The Functional Medicine Center. He enthusiastically combines his years of experience in the unpredictable field of emergency medicine with his experience in orthopedic surgery in the treatment of patients as he provides integrative Physician Assistant services at The Functional Medicine Center. 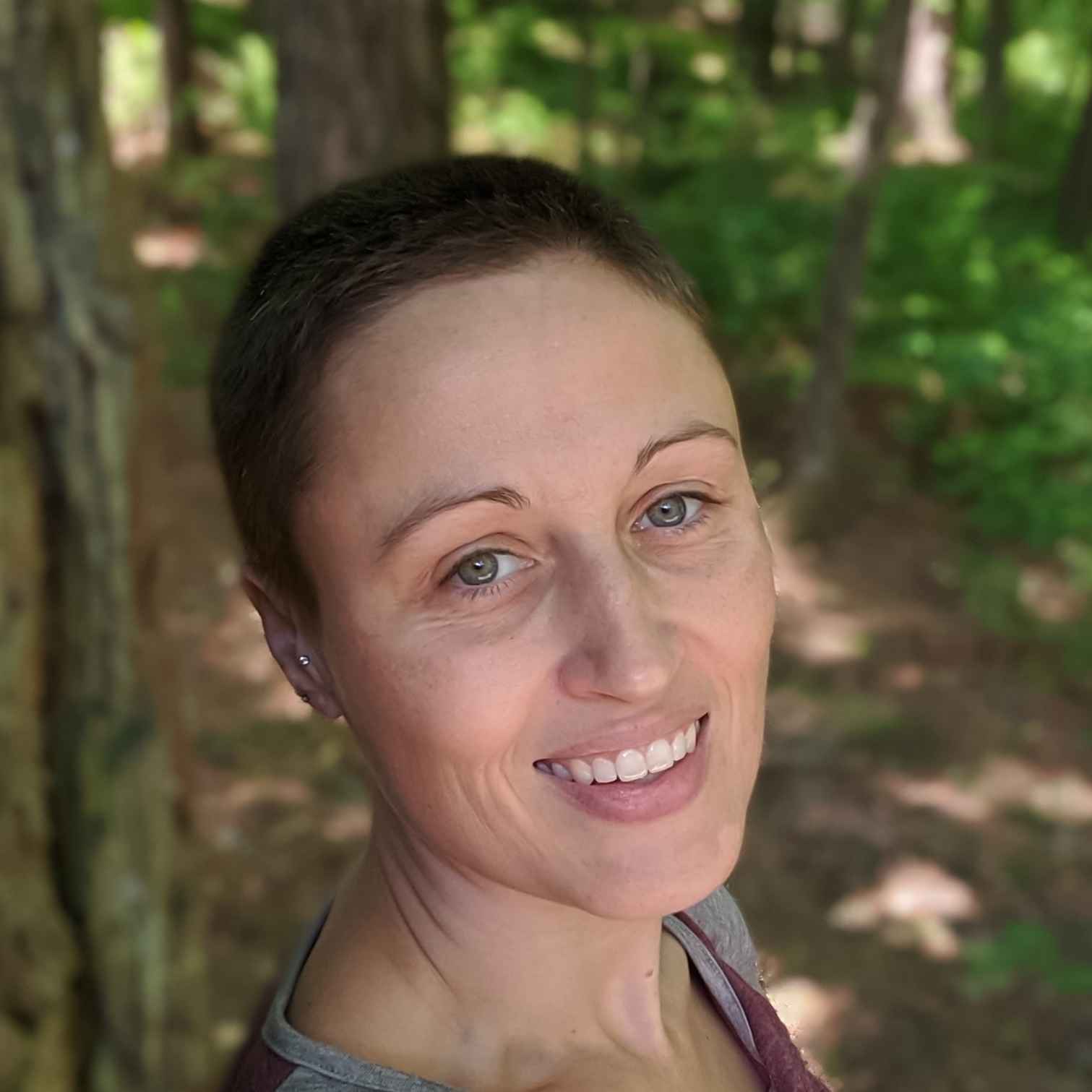 Behind every brilliant medical mind, there is an organizational mind keeping the gears moving.

Lauren began working for the practice in late 2019. She handles administrative tasks for both patients and providers. Lauren believes wholeheartedly in our functional medicine approach and is always happy to assist and support when needed. 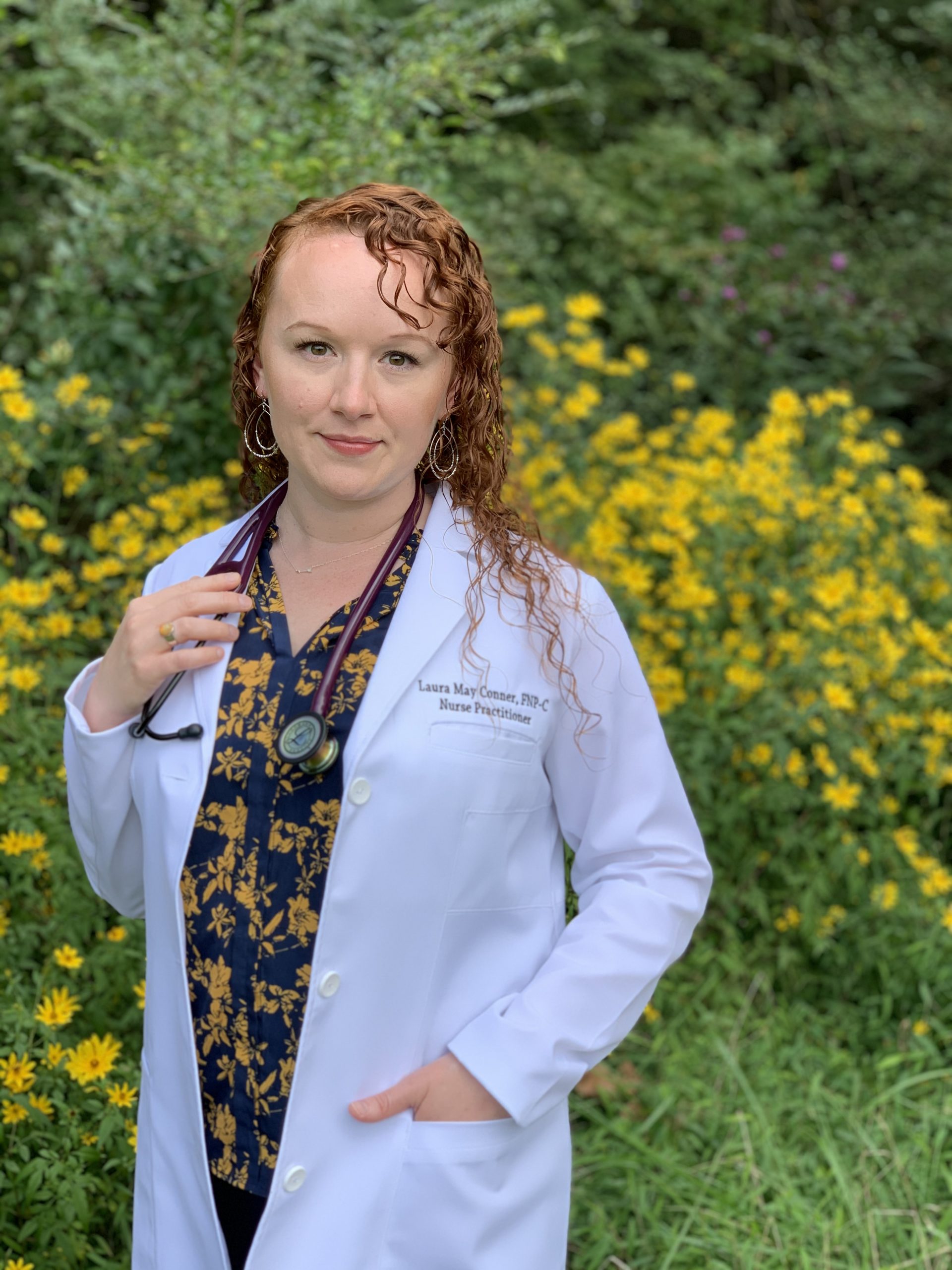 Laura May RN, MSN, FNP-C is a family nurse practitioner who specializes in integrative, holistic care for patients of all ages. Working in emergency medicine for over a decade in both North Carolina and Virginia, Laura May saw countless patients never truly find healing. Time and time again, patients were lost in the conventional system and presented to the emergency department out of desperation. The hopelessness of these patients inspired the journey that brought Laura May to functional medicine. Through this avenue of medicine, Laura May is able to assist her patients on their journey to wellness by bringing actual solutions for disease, not pharmaceuticals to just mask the symptoms.

In addition to being a board certified Family Nurse Practitioner in North Carolina and South Carolina, Laura May also completed training through the Institute of Functional Medicine as well as a year long integrative health coaching program through the Institute for Integrative Nutrition. Utilizing this training, she is able to not only bring expert clinical knowledge to her patients, but also help them apply this knowledge to their daily lives in an attainable, affordable way. Listening to patients and ensuring they are truly heard and validated is of utmost importance to Laura May. Healing is a team effort and open communication between a patient and their medical provider is at the core of successfully healing disease.

When Laura May is away from the clinic, she is usually spending time with her family and especially enjoys walking the trails of her quiet family farm with her husband, pack of pups and pet pigs. 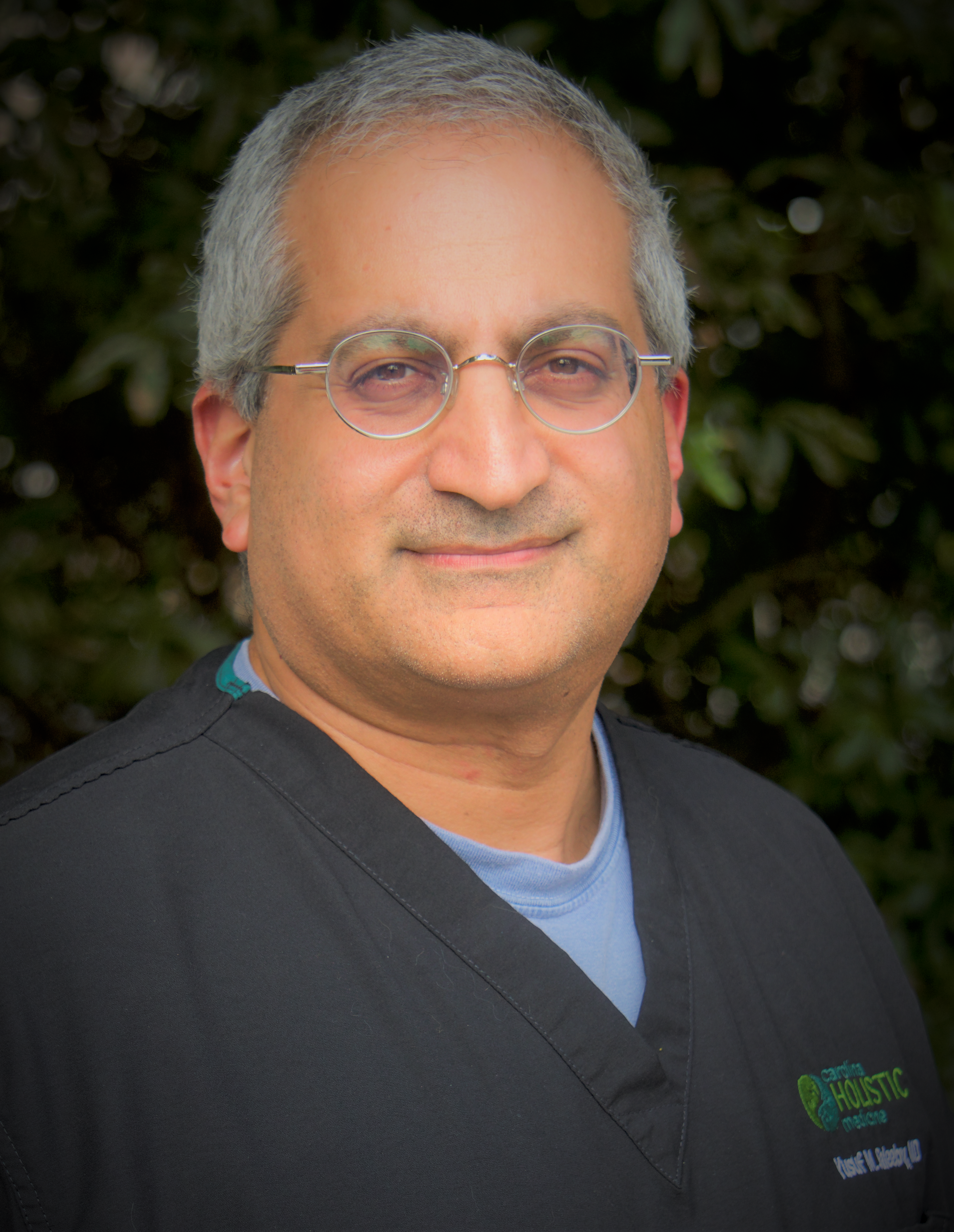 After a two-decade career in Emergency Medicine in NC, SC and GA, Dr. Saleeby took a career change towards Functional & Integrative Medicine and has been practicing this new paradigm of medicine since 1999.

Dr. Saleeby is a member of the Institute for Functional Medicine (IFM) and the Association for the Advancement of Restorative Medicine (AARM). He is a member of ILADS an organization that treats Lyme disease and associated tick-borne chronic illness. He has also been a past member of A4M, ACAM and the American Telehealth Association. His focus is hormone balance, Tick Borne pathogen illness, Hypothyroidism/Hashimoto’s, Dysbiosis (SIBO), Leaky Gut (gastric permeability) and Autoimmune disorders. In 2018 he founded the Priority Health Academy, a 501(c)3 non-profit organization, dedicated to provider education and training to advanced healthcare providers in Functional Medicine.